Home1.Oneness of God Appreciating God How Do We Know God Exists? Listen to the Quran Quran The Word of God PONDER ABOUT CREATIONS OF ALLAH 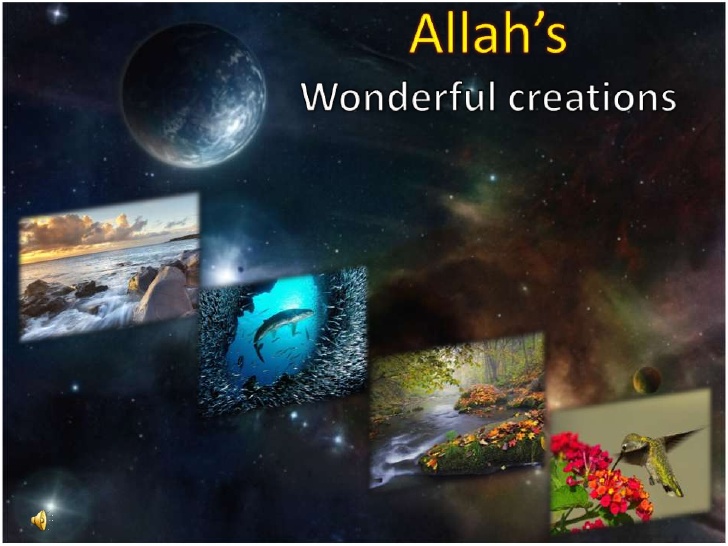 Ponder about creation of Allah. Allah is the lord of the worlds; he created the universe, the stars and the moon and all the galaxies and planets. Allah has created this world and all the creatures including humans, according to Islam, the key to life is observation as human beings are made to observe and seek knowledge of the amazing universe through their intelligence.

Allah Said in the holy Quran:

This ayah means: Allah brought you forth from the wombs of your mothers when you knew nothing; and He gave you hearing, sight and hearts, Be mindful of that and thank Him. (Surat An-Nahl, Ayah 78)

The child is born in the mother’s womb and he does not know anything when he opens his eyes and starts breathing in this world.  He does not even know his own rights, the provider of life Allah favors him all his life. The ayah here also promises to reveal the favour of Allah upon mankind. Allah created mankind and gave him many organs to give him a proper shape. He made these organs for the benefit of humans so that he can use these organs to seek and obtain knowledge.

Allah blesses brothers and sisters in Islam with many gifts. Indeed Allah is the One who bestowed up you the bodily virtues. Allah also blessed humans with the gift of health. He is also the one who bestowed upon you the virtue of knowledge. God also bestowed humans upon the   virtue of their heart, their hearing and their sight. No other living being is given the type of intelligence that humans are given, that is why the above ayah makes it clear that humans are all made for purpose and none of them are made to come into this world without a purpose. The ayah also emphasizes on the fact that humans should be   mindful that Allah gave you hearing, sight and hearts and thank Him for them. So the most precious task is to reflect on you and reflect on the creations of Allah which in returns motivates people to follow the right path.

This ayah means: {Do they not look at the birds, held poised in mid air? Nothing holds them up but the Power of Allah. Verily in this are signs for those who believe.} Surat An-Nahl Ayah 79.

Ponder about creation of Allah. Allah created the birds that can fly in the air. This is the greatest observation for human beings that how Allah facilitated the birds with a parachute to glide through the air. They use their wings to keep them balanced in the air with high air density density. The power of Allah makes this possible for birds to do that. Nothing supports the flapping of the wings; they can stand still in the air with the wings. These observations are the true signs of everything relying on Allah’s power to help them survive.