Warning: Use of undefined constant ‘change_graphic_lib’ - assumed '‘change_graphic_lib’' (this will throw an Error in a future version of PHP) in /home/islakxah/public_html/wp-content/themes/peace/functions.php on line 855
 The word of God - Islamic Lines

Home1.Oneness of God ALLAH Articles of Faith Concept of God in Islam Faith (Iman)  Forgiveness and God's Mercy How Do We Know God Exists? Important Questions Moment of Clarity Quran The Word of God The word of God 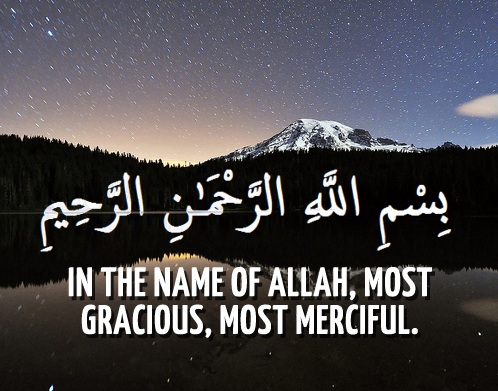 Allah is an Arabic word and it means deity of God The holy book Quran is the word of God and it is recited by Muslims all around the world. Quran guides human beings in all the aspects of their lives and its verses are intact since their original revelation by the God the 7th century 1400 years ago when the Prophet Muhammad peace be upon him was chosen to teach this book and teachings i f Islam to people. The Quran is a divine book and its origin is Allah, its writer is also Allah himself and no other human being or creature can claim to be the writer of Quran.

Quran describes many stories of prophets and many miracles, It is a revelation which is the last testament in the series of revelations from God. It was revealed through the angel Gabriel to prophet Muhammad which is also similar to the teachings of older prophets like Noah, Abraham, David, Moses and Jesus Christ. Quran says that all the prophets were righteous people and they were all the messengers of God. Their books also revealed the teachings and messages of God to the people.
The messengers also instructed them to spend their lives with God-consciousness, doing good deeds and avoiding sins. Moreover, they warned their fellow humans of accountability in the afterlife, a subject which the Quran returns to again and again. Since its revelation, the Quran (also spelled ‘Koran’) has remained preserved in its exact, primary text. While numerous translations of the Quran exist, they are all based on the single, original Arabic script, making the Quran unique from previous scriptures in its pure authenticity.
The message of Quran is universal and eternal. It transcends our differences in culture, race, ethnicity and nationality. A foundation message in the Quran is its emphasis on righteous conduct built on firm belief and love for God. The Quran acknowledges human desires while reminding individuals to cultivate their souls. In addition, God calls on humans to use their intellect and reflect on the world around them. The Quran encourages humankind to recognize the signs of God’s existence in the precise order of the universe and the careful placement of every object in the total scheme of creation.

As Cat Stevens (Yusuf Islam), former British pop star, has expressed, “Everything made so much sense. This is the beauty of the Quran; it asks you to reflect and reason… When I read the Quran further, it talked about prayer, kindness and charity. I was not a Muslim yet, but I felt the only answer for me was the Quran and God had sent it to me.”
God promises in the Quran, “We have, without doubt, sent down the Message; and We will assuredly Guard it (from corruption)” (15:9)
The word of GOD. In the Quran, God addresses Prophet Muhammad, “You never recited any Scripture before We revealed this one to you; you never wrote one down with your hand” (29:48). In other words, Prophet Muhammad, who was known to be illiterate, neither read any previous scriptures nor wrote the Quran.