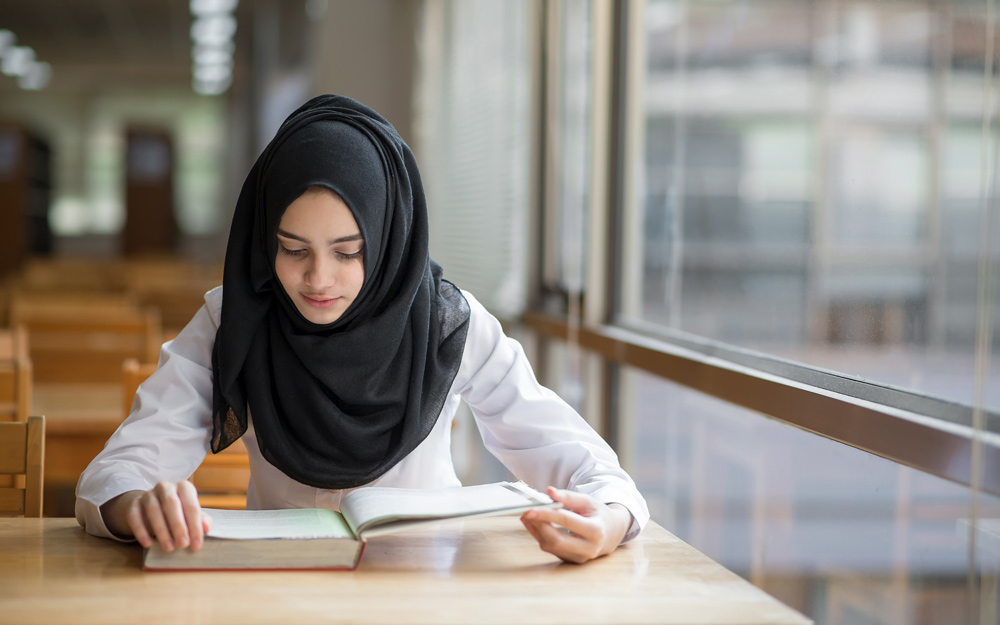 If the history of Islam be viewed and analyzed from an objective point of view, then one would ultimately reach the conclusion that women have a great role and status in Islam and throughout the Islam history they have made their contributions and for those contribution they have been revered and appreciated.

Like renowned and great men of Islam there are Muslim women as well who have left their mark on Islam history and who stand as a role model for Muslim women to follow and seek guidance from. The lines below give five great women of Islam, which must be the role model of every Muslim women of today and the lesson, which Muslim women must learn from their lives.

For rich Muslim women there can be no greater role model than Hazrat Khadijah (RA). She was the first wife of Prophet Muhammad (PBUH) and the richest of them all. She inherited a great fortune from her father after his passing away, however, the use of that fortune is what Muslim women need to learn from. Despite her being rich, she was never proud of it, rather she always fed the poor, gave them clothes and assisted her family with regards to their financial needs. Regarding her, Prophet (PBUH) said:

Hazrat Khadijah (RA) was not known for a pious business woman only, rather her role as a supporting wife and a true Muslim is also evident from her life. She was the one who supported and encouraged Prophet (PBUH) when revelation came to Him for the first time. Moreover, when Prophet (PBUH) started preaching Islam, she stood by Him and supported Him in every regard possible.

“Fatimah is a part of me, and he who makes her angry, makes me angry.” (Bukhari)

Therefore, if a Muslim woman is looking for a role model who lived her life in modesty and made the best of it whilst staying within her means, then the life of Hazrat Fatimah (RA) is what she should be studying.

Hazrat Aisha (RA) was the wife of Prophet Muhammad (PBUH) and the daughter of Hazrat AbuBakr (RA). She is one of the most renowned Mothers of Muslims primarily because of the fact that a vast majority of Hadiths of Prophet (PBUH) are narrated by her and due to her thorough understanding of the Holy Quran and religion. Once a Companion asked Prophet (PBUH):

“O Allah’s Messenger! Who amongst all the people is the dearest to you?”

Hazrat Aisha (RA) had such a thorough understanding of religion and intellect that after the passing away of Prophet (PBUH) different Companions would go to her for consultation in religious matters and ask her about what either Prophet (PBUH) had said about such and such matter or what her say on a particular matter was, thus, her intellect and scholastic abilities are a role model for women who think that it is a man’s job to know about religion and gain religious knowledge.

The best thing with Islam is that it appreciates everything good whether it is after its arrival or before it was proclaimed to the world. In Islam, the earlier Prophets are accepted as Prophets of Allah and thus, they and everyone else associated with them is also revered and respected, Hazrat Maryam (RA) – the mother of Hazrat Isa (RA) is one of them.

For Muslim women who think that life is tough for them or they cannot go through the turmoil that Allah has given them should look at the history of Hazrat Maryam (RA). Who had to deliver a child all by herself and who later on had to face the accusations and blaming of the people. Despite all the vileness of the people and the trouble she had to face, she remained resolute and her faith on Allah did not flinch a little. By reading the Holy Quran, we can easily judge her personality. Quran says about her in the following way:

“And [the example of] Mary, the daughter of Imran, who guarded her chastity, so We blew into [her garment] through Our angel, and she believed in the words of her Lord and His scriptures and was of the devoutly obedient.” (66:12)

Therefore, Muslim women who are going through tough time need to take a leaf out of the life of Maryam (RA) and see that how she faced all of it alone and remained patient and faithful to Allah Almighty.

Another women before Islam who is respected and given stature and grandeur in Islam is the wife of Pharaoh – Hazrat Asiya (RA). The reason for her greater stature in Islam is the fact that despite being the wife of perhaps the greatest of tyrants and non-believers the world has ever seen, she still remained faithful and believed in Allah. In spite of all her wealth and the relationship with the tyrant husband, she realized and accepted truth and stood for it. Allah Almighty says about her in Quran in the following way:

“And Allah has set forth an example for those who believe, the wife of Pharaoh, when she said: “My Lord! Build for me a home with You in Paradise, and save me from Pharaoh and his work, and save me from the people who are Zalimun (polytheists, wrong-doers and disbelievers in Allah).” (66:11)

Therefore, women who find it hard to stick to their belief and practice Islam either because of the troubles they face from their husband or because of any other worldly difficulty, they should study the life of Hazrat Asiya (RA) and see how she remained steadfast despite all the hardships and troubles she had to face from her husband.