Warning: Use of undefined constant ‘change_graphic_lib’ - assumed '‘change_graphic_lib’' (this will throw an Error in a future version of PHP) in /home/islakxah/public_html/wp-content/themes/peace/functions.php on line 855
 ZAKAAT OR OBLIGATORY CHARITY: ITS IMPORTANCE IN ISLAM - Islamic Lines 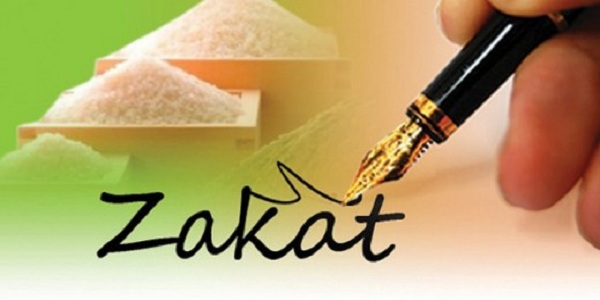 The prophet Muhammad peace be upon him mentioned the significance of zakkat in many sayings,

Islam was built on five (pillars): testifying that none has the right to be worshipped
but Allah and that Muhammad (Peace be upon Him), is the Messenger of Allah;
establishing the prayer (perfectly and on time); paying Zakat; performing pilgrimage
to the House (the Ka ‘bah); and fasting Ramadhan” (Al-Bukhari and Muslim)

You are going to a People of the (Divine) Book.” Then he (Peace be upon Him)
continued… “Allah (S.W.T) has enjoined on them Zakat that is to be taken from the
rich amongst them and given to the poor. If they obey you in that, take Zakat from
them, yet avoid (don’t take) the best property of the people as Zakat. ”
(Al-Bukhari and Muslim)

There are many noble benefits to give to the needy and poor from your wealth, zakaat is obligatory on every Muslim who have sufficient amount of money , property, assets or wealth in excess of their needs. They are advised to give charity to the deserving for gaining higher rank and purifying their wealth. Zakkah unites Muslims together and also strengthens the faith of Muslims According to Quran:.

“And those who hoard up gold and silver (i.e, the money, the Zakat of which has not been
paid) and spend them not in the way of Allah, announce unto them a painful torment. On
the Day when that (wealth) will be heated in the fire of Hell and with it will be branded
their foreheads, their flanks, and their backs, (and it will be said unto them:) ‘This is the
treasure which you hoarded for yourselves. Now taste of what you used to hoard,'”
(9:34-35)

Muslims who have enough wealth which is extra for them and their family needs. They can have precious stones and materials like gold or silver. Quran says about this in the following way:

And those who hoard up gold and silver (i.e. the money, the Zakat of which has
not been paid) and spend them not in the way of Allah, announce unto them a
painful torment,”
(9:34

Also, the Prophet (Peace be upon Him), said:
“There is no charity on what is less than five Uqiyyah (of silver),”
(Al-Bukhari and Muslim)
(Note: One Uqiyyah of silver is 147 grams, thus five Uqiyyahis equal to 735 grams.)

People who have animals or livestock are also told to give zakkah:

“Whoever had camels or cows or sheep, and did not pay their Zakat those animals
will be brought on the Day of Resurrection far bigger and fatter than before, They will
trample him with their hooves and butt him with their horns, When the last has its
turn, the first will start again, and this punishment will go on until Allah has finished
the judgements amongst the people,”
(Al-Bukhari and Muslim

Types of wealth that do not make zakkah compusory is food, vegetables, fruits, dates, rasins and wheat.

“O you who believe! Spend of the good things which you have (legally) earned, and of
that which We have produced from the earth for you…”
(2:267)